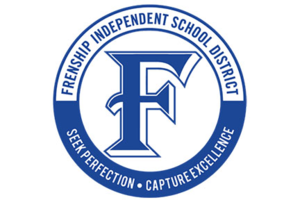 For the fourth week in a row, a Frenship High School Athlete is up for public voting to become the LSV Athlete of the Week.

Lone Star Varsity, the high school sports arm of the Lubbock Avalanche Journal, continues to recognize Tiger athletes for their incredible performances on the courts and fields of competition each week. For the fourth week in a row, a Frenship High School Athlete is up for public voting to become the LSV Athlete of the Week.

This week it is Tiger Volleyball’s Kayton Genenbacher who is up for the weekly honor. She posted an incredible 72 assists, 15 digs, 8 kills, 3 aces, and 1 block in last week’s two sweeps of district opponents. You can vote for Genenbacher here through Thursday: https://lubbockonline.gatehousecontests.com/Athlete-of-the-Week-2019---2020/

Quarterback Donovan Smith received the honor after Tiger Football’s win over Lubbock-Cooper. In that game, Smith went 21/37 for 304 yards passing with 4 touchdowns and 1 interception. Smith also threw a 2-point conversion in that game and caught another conversion from wide receiver Jordan Maden. He also rushed for 121 yards and 2 touchdowns on 20 carries on the night and led the Tigers to a 61-53 4OT win over the crosstown rivals.

In the week following, senior wide receiver Drew Hocutt took the award for his performance over El Paso Andress in Roswell, NM. Hocutt racked up over half of the night’s yards through the air with 5 receptions for 240 yards and 2 touchdowns.

All Tiger athletes winning weekly awards will be invited to the Lone Star Varsity Awards Banquet at the end of the school year and be in the mix to win Lone Star Varsity Male or Female Athlete of the Year for their contributions to the success of their teams.